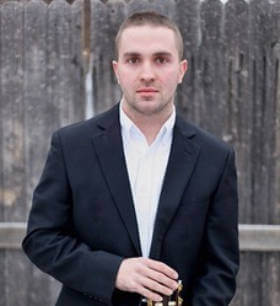 Kevin McPherson is a versatile classical guitar player. He started learning guitar from a local shop in Stallings, NC. Later, studying at “Streetwise Music Instruction” under Karl Mokal, Kevin discovered the expanded world of the guitar and what it is capable of. Falling in love and learning everything from Bach to Steve Vai. Kevin has studied classical guitar under Robert Texeira, and Felicity Muench. He has a Bachelor’s of Fine Arts in Music Performance in Classical Guitar from Colorado Christian University and is a current member of the Artist Music Guild.

In his past, Kevin has played for a number of churches and for a local Christian rock band called “Pull of Gravity”. While studying at Central Piedmont Community College, Kevin played for a number of weddings, restaurants, and corporate events. With a repertoire ranging from Bach Cello Suite’s to The Game of Thrones Theme, and Star Wars medley’s.

Kevin McPherson is the son of Gary and Donna McPherson, who both have an accomplished musical past from Symphony Orchestra’s to winning awards in the Los Angeles Piano Guild.